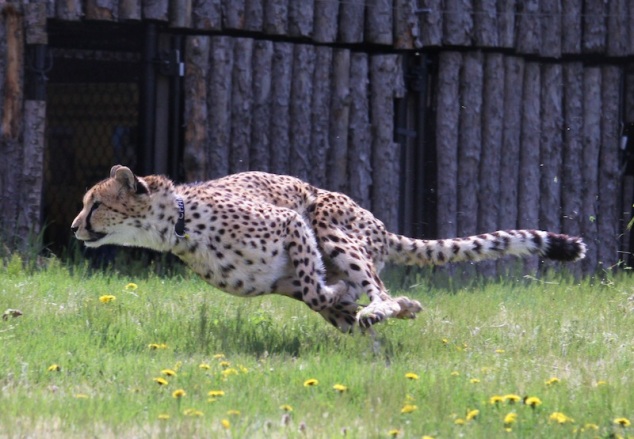 Anna’s school had a special guest today. Khayam, one of the ambassador cheetahs from the Wildlife Safari, visited together with his keepers. All the kids got to see a cheetah up close and learn about these amazing animals. Here’s some of what they learned …

1) The cheetah is the fastest runner on the planet.

3) A cheetah can cover up to 20 feet in just one stride with its powerful legs.

4) Cheetahs are built for speed with their lean bodies, long legs, and narrow heads.

5) Cheetahs have non-retractable claws with hard pads on the bottom of their paws that give them a strong grip on the ground for running.

6) When cheetahs are running, they use their tails to help them steer and turn in the direction they want to go, like the rudder of a boat.

7) A cheetah’s tail is also essential during fast running because it balances the animal and allows sudden turns which happen often when the prey is trying to escape.

8) Although the cheetah runs very fast, it cannot run for very long. After 400 to 600 yards, a cheetah becomes exhausted and needs to take a rest.

END_OF_DOCUMENT_TOKEN_TO_BE_REPLACED

Last Wednesday, May 14th, was Apraxia Awareness Day and a lot of apraxia parents shared their stories on the blogosphere. I share a story of my own along with several others here today in a special Apraxia Awareness edition of Bloggerhood Etc.

“The Lemonade Stand” by David Ozab.

“One Girl’s Journey with Apraxia” by Mary at The iMums.

“Every Child Deserves a Voice” by Karleigh at Living, Loving, Creating.

“What is Apraxia and Why Should You Care?” by Lea Ciceraro at Life, Love, and My Lens.

“Coffee and a Conversation” by Kim Bond Thompson at Craft, Create, Connect.

“My Daughter’s Story” by Annette at This Simple Home.

“Apraxia Awareness Day 2014” by Tori at Jake’s Journey to be a Little Man.

“Be Careful What You Ask For …” by Frederic Gray.

“Apraxia is Elusive, Even to Professionals” by Laura Smith at SLP Mommy of Apraxia.

Today is Apraxia Awareness Day. In place of my usual Wordless Wednesday photo post, I am sharing a book about one family’s experience with childhood apraxia of speech. If your life has been touch by apraxia in some way, I hope you read it too.

It’s been over five years since our daughter Anna was diagnosed with childhood apraxia of speech, and before she was diagnosed we had never heard of this surprisingly common motor-speech disorder. We felt so alone. But we found help from fellow parents online and we found the Childhood Apraxia of Speech Association of North America (CASANA). We weren’t as alone as we thought.

Fifteen years earlier, Kathy Hennessy had to grapple with this same diagnosis twice. Both her daughter Kate and her son Andrew had apraxia. Fifteen years earlier there was nowhere to go for support. The internet was in it’s infancy, and apraxia was little known even among speech language pathologists. I can’t imagine how alone she felt.

END_OF_DOCUMENT_TOKEN_TO_BE_REPLACED

Spring vacation is over and I’m catching up with the Internet. Here’s the best of what I missed when I was away, starting with a small indulgence …

And now on to the other posts …

Most Hopeful. “Hey Jesus, it’s Me. Your People Make Me Sad” by Natalie Trust.

Best At-Home Parent Post. “5 Ways for Stay-at-Home Parents to Get Back on the Career Track” by Carlotta Zimmerman at Huff Post Parents.

Scariest Post. “Why I am Not the Antichrist” by Boze Herrington at The Talking Llama.

Best Reading List. “6 New Memoirs About Sorting Through Your Faith” by Addie Zierman at How to Talk Evangelical. 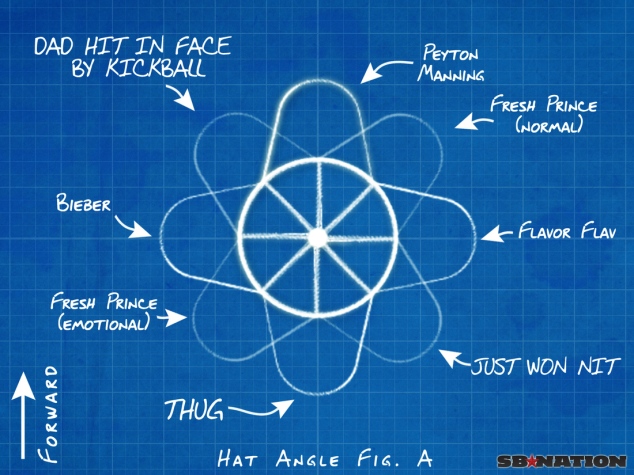 The best of the week, including three hilarious posts from SB Nation, which features some of the best sportswriting on the Internet, and three fantastic special-needs posts. Some weeks it’s so hard to narrow these down, so why try?

Best Microstory. “On a Bus Ride of Redemption” by Tamára Lunardo at A Deeper Story.

Best List. “5 Tips for Loving People Through the Loss of a Marriage” by Natalie Trust.

Best Statement. “I Am Not Diabetes” by Scott Benner at Huff Post Parents.

Best Win. “What Happens When the President Sits Next to You at a Café” by Robinson Meyer at The Atlantic.

Best End to a Trilogy. “Breaking Madden, 49ers vs. Seahawks: BEEFTANK’S Path to Self” by Jon Bois at SB Nation.

“Oh how good it is to have fled, to have become free!” —Hermann Hesse, Siddhartha.