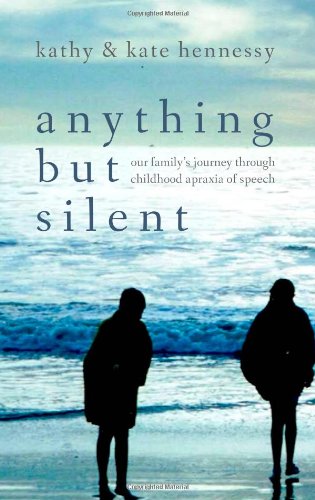 Today is Apraxia Awareness Day. In place of my usual Wordless Wednesday photo post, I am sharing a book about one family’s experience with childhood apraxia of speech. If your life has been touch by apraxia in some way, I hope you read it too.

It’s been over five years since our daughter Anna was diagnosed with childhood apraxia of speech, and before she was diagnosed we had never heard of this surprisingly common motor-speech disorder. We felt so alone. But we found help from fellow parents online and we found the Childhood Apraxia of Speech Association of North America (CASANA). We weren’t as alone as we thought.

Fifteen years earlier, Kathy Hennessy had to grapple with this same diagnosis twice. Both her daughter Kate and her son Andrew had apraxia. Fifteen years earlier there was nowhere to go for support. The internet was in it’s infancy, and apraxia was little known even among speech language pathologists. I can’t imagine how alone she felt. 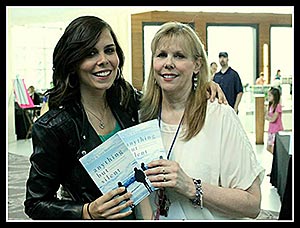 Kathy and Kate both share their stories in Anything But Silent: Our Family’s Journey Through Childhood Apraxia of Speech. A poignant collection of short essays written by both mother and daughter trace their path together from diagnosis through to resolution and Kate’s adulthood.

In Kathy’s stories I find so much to relate to. All the same questions, worries doubts, and fears. Common childhood experiences—school, playtime, and even a trip to see Santa Claus are fraught with peril in Kathy’s mind. How will Kate and Andy communicate? How will they be treated? Will they be accepted for who they are—wonderful, bright children—or will they be shunned, ignored, or bullied? We faced all those same fears and I know that every parent of an apraxia kid faces them too.

Kate’s stories alternate with Kathy’s and it’s wonderful to be able to hear her side of things. There is so much that she saw differently than her mom, and reading her memories of the same events reminds me that Anna sees her experiences differently too, and someday when we look back at them she’s going to remember very different things than I do.

Together as they each take a turn telling the story of their family, they give a bigger picture than would be possible. And the reader never has to decide which version is “true” or even “more accurate.” Their differing perspectives belong side by side where they can strengthen each other and make the book better by leaving the tensions between them unresolved.

Along with Leslie Lindsay’s Speaking of Apraxia (which I previously reviewed on this blog), Anything But Silent is a must read for all parents of apraxia kids. And as the kids grow older it will be a great read for them too. Children with apraxia of speech need a voice of their own and this book is one they will relate to as they see how a fellow apraxia kid found her voice too.

For information on apraxia, and to find out how you can help kids like Kate and Andrew Hennessy, please visit The Childhood Apraxia of Speech Association of North America (CASANA) online at Apraxia-KIDS.org.

One thought on “Review: Anything but Silent”