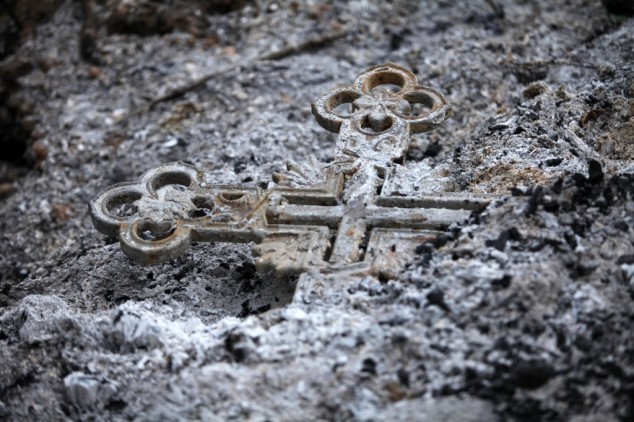 Best List. “5 Reasons Why So Many Christians Are Feeling Burned Out Right Now” by Benjamin J. Corey at Formerly Fundie.

Best Question. “What’s the Point of a Professor?” by Mark Bauerlein at The New York Times.

Best Interview. “We Are All the Ages We Have Ever Been: An Interview with Rachel Held Evans” by Greg Garrett at Faithful Citizenship.

Best Local Sports Story. “Pressure point: The NFL hopes of an entire city will rest on Mariota’s shoulders” by Austin Meek at The Eugene Register Guard.

Best New Musical Instrument. “The HUMMbucker Electric Kazoo, A Screeching Kazoo That Plugs Into an Amplifier” by Rebecca Escamilla at Laughing Squid.

Best Photoblog. “37 Photos That Prove Little Kids Suck at Hide and Seek” by Ilana at MommyShorts.

Best Generational Landmark. “The Oregon Trail Generation: Life Before and After Mainstream Tech” by Anna Garvey at Social Media Week.

Best Story. “The Man Who Broke the Music Business” by Stephen Witt at The New Yorker.

Sports are supposed to be fun. This isn’t fun anymore.

It’s not just the Redskins. It’s the NFL as a whole. A greedy handful of billionaires pay a slightly larger handful of multi-millionaires and a whole lot of cannon fodder to crash into each other on TV. They only started caring about concussions, or domestic abuse, or a supposedly offensive name when it threatened their bottom line.

I put up with it far longer than I should of. I tried to recapture the innocent fandom of my youth—given one last gasp in 2012—but I was fooling myself. That NFL had its own problems, but I didn’t know then. This NFL has even bigger problems now and I can’t turn a blind eye anymore.

I also can’t twist myself in knots over a team I have no control over.

Dan Synder, who bought the Redskins in 1999, is a “bad” owner. He has taken the great NFL franchise of the first quarter-century of my life and turned it into a laughing stock.

END_OF_DOCUMENT_TOKEN_TO_BE_REPLACED

So much Sanchez, so little time (Image: Jon Bois/SB Nation).

Best Mom Post. “Having a Bad Day Doesn’t Make You a Bad Mother” by Lisa-Jo Baker at Surprised by Motherhood.

Best Dad Post. “Running With My Kids” by Whit Honea at The Honea Express.

Best Parenting Advice. “Mom and Dad, You Suck at Parenting (and Here’s Why That’s Just Fine)” by Jon Pavlovitz.

Best Reminder. “Being a Christian Doesn’t Always Look Like You Think it Should” by Preston Sprinkle at Relevant.

Best Movie Review. “An Obnoxious Review of ‘Interstellar,’ by the 3 Jerks in the Row Behind Me” by Adam Hall at Tenor Dad.

Best Special Needs Post. “She Stands Tall: Not Trying to Fix the Child I Adopted” by Gillian Marchenko at Not Alone.

Best Commentary. “An NFL Locker Room is Not a Hive” by Stephen White at SB Nation.

In 2012, the Washington Redskins entered their bye week at 3-6, following a demoralizing loss at home to the Carolina Panthers. They’d dropped three straight games and it looked like their season was over. After the bye, the Redskins hosted Philadelphia and blew them out 31-6. Four days later, on Thanksgiving, they beat the Cowboys in Dallas. A week-and-a half later, on Monday Night Football, they edged the New York Giants by one and were back to .500.

Three wins in a row and four more to go. By the time they finished off the Cowboys in the rematch at Fed Ex field, the Redskins had completed an improbable seven-game win streak and were NFC East Champions.

In 2013, the Washington Redskins lost a game they should have won against the Minnesota Vikings. The loss dropped them to 3-6. They had a ten-day break (Thursday to the following Sunday) to get it together before traveling to Philadelphia to face the Eagles. Fans hoped against hope for a repeat of recent history and another improbable run, but instead the team fell apart and lost seven more to finish the season 3-13.

A year later, the Redskins find themselves in a familiar spot. In an odd mix of 2012 and 2013, they are 3-6, coming off a loss that should have been a win against the Vikings, and are heading into a bye week.

So which is it? Will we see another improbable run? A nightmare collapse? Or a mediocre middle between the two extremes?

Why they could win them all.

On offense, Robert Griffin III is healthy again, Alfred Morris is back to his usual self, and DeSean Jackson is uncoverable on the long ball. On defense, Ryan Kerrigan has come into his own as a pass rusher, Keenan Robinson is a force to be reckoned with from sideline to sideline, and Bashaud Breeland and David Amerson are developing into a strong, young cornerback duo. On special teams, Kai Forbath is reliable as ever, Tress Way is the best punter we’ve had in years, and Andre Roberts has finally solved the team’s returner dilemma. And all of the games are winnable. Even the Niners and the Colts have weaknesses that can be exploited by the right game plan.

Why they could lose them all.

On offense, Pierre Garçon disappears for whole games, four-fifths of the offensive line is still subpar, and Jay Gruden’s play-calling is unproven. On defense, the line can’t get consistent pressure, the safeties are still among the worst in the league, and Jim Haslett is the defensive coordinator for a fifth season in spite of logic and common sense. On special teams … well just because they’re not the catastrophe they were last season doesn’t mean they’re more than average. And all of the games are losable. The Niners and the Colts are on a different level, even when they struggle, the Rams and the Bucs could easily catch fire at the wrong time, and while the Eagles, Giants, and Cowboys aren’t perfect, they can all beat the Redskins on the right day.

Why neither extreme is likely.

The 2012 Redskins caught a lot of unlikely breaks. The 2013 Redskins fell into a spiral that no team could pull out of. Both runs were flukes and the chance of either happening again is pretty slim. This is a team that will win a couple games they’re supposed to lose, lose a couple games they’re supposed to win, and pretty much average out over the course of the season.

Prediction: 6-10, a new defensive coordinator come January, and a foundation to build on for 2015.