A collage of past “first days” (photos by Julia Ozab)

Today, Julia and I sent Anna off on the school bus for her first day of fourth grade. Each year I think it will get easier, and each year I’m wrong. It never gets easier. If anything, it gets harder as we watch her grow up before our eyes. Year after year, photo after photo. It all happens too fast.

Why is that? Why do the days and the years rocket past for us? Why is she in such a hurry to grow up while we want it all to slow down so we can hold on to each moment just a little bit longer before it goes?

Is it because she grows more noticeably? Or because we don’t want to face how we’re getting older, but can’t deny that she’s growing up? Or is it because a year for us who’ve lived for many seems so much shorter than for those who’ve lived before?

Michael Stevens at VSauce (one of my favorite YouTube channels) has an interesting take on the last question. Perhaps it has to do with how we naturally perceive time. (Warning: Math ahead!)

(Go back to 2:07 for some background on additive vs. logarithmic counting, or to 0:00 to see people with too much time on their hands).

So if this is the case, and we who have passed the “middle age” of 9(!) can only look forward to our subsequent years racing past us faster and faster until their inevitable end, is there anyway at all for us to slow the rushing train down just a bit?

So if you want to slow time down a bit, go out and do something new. It’s the novel experiences that stick with us and make for richer memories and fuller lives.

I can think of someone that makes my life a whole lot fuller than it would be. Someone who helps me see the world through fresh eyes and re-experience familiar things with a new sense of wonder.

Someone who keeps me young. 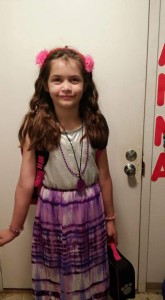 And as always, thanks for reading! 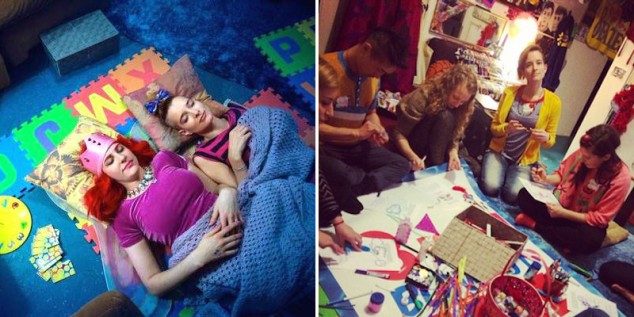 Best Idea. “There’s A Preschool For Adults To Unwind And Relive Their Childhoods” by Emily Arata at Elite Daily.

Best Guest Post. “Mask” by Kimberley Coyle at Little Did She Know.

Best Special Needs Post. “Thoughts on Growing Up With a Sister With Down Syndrome” by Melissa Otterbein at Like Birds on Trees.

Best Mom Post. “Here We Are Again” by Sarah Bessey.

Best Dad Post. “My Real Name, and the Problems it Has Caused Me” by Adam Hall at Tenor Dad.

Best Series. “Here Comes the Brides!” by Tamára Lunardo at Tamára Out Loud.

Most Interesting. “Why Violin-Makers Adopted the f-Shaped Hole” by Clive Thompson at BoingBoing.

Most Honest. “Surviving!” by Gary Mathews at Skippah’s Realm.

Best Reflection. “The Transition Time” by Addie Zierman at How to Talk Evangelical.

Best News. “We Have Some News!” by Glove and Boots (via You Tube). 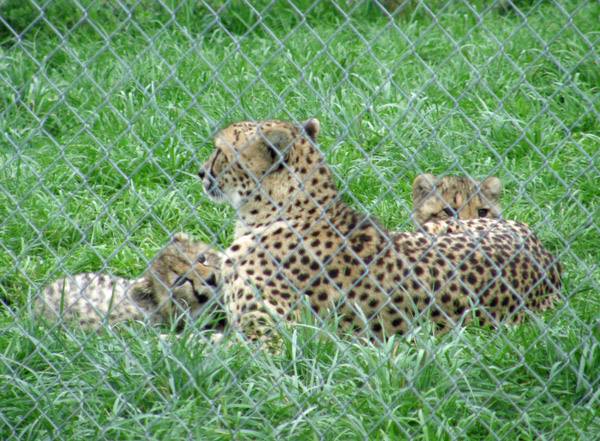 I’m struggling with pride. Not the sin itself—though I’ve certainly fallen into that trap many times—but with the word.

Why? Because there are two kinds of pride. And neither of them is a group of big cats.

We all know the sin of pride. It’s one of the seven deadly sins, which doesn’t mean its worse than other sins, but that it’s foundational. Pride is a root human condition, like lust, greed, envy, anger, laziness, and gluttony, that leads us astray. We all experience these temptations and when we act on them we sin.

But there’s another kind of pride. The pride a parent feels for a child, or the pride a child feels when doing something good, noble, or generous. Plus there’s the behavior code of Anna’s school, a code called Cheetah Pride.

All noble ideals, summed up in the acronym PRIDE.

So what’s the problem? Well Anna is having trouble understanding the difference between the two kinds of pride. I don’t want to discourage her outgoing spirit, which has flourished at her new school over the last year-and-a-half, and I want her to take pride in her accomplishments. Above all, between her apraxia and her new braces, I don’t want her to retreat into a shell.

But I don’t want her boasting either, and sometimes she does it without realizing. The first time I caught her boasting I tried to talk to her about pridefulness.

“What’s wrong with pride?” she asked. It was a tough question to answer. I had to find a different word that conveyed the bad pride.

And I did. Hubris.

And I’ve expanded her already large vocabulary. Which is a good reason for us both to be proud. 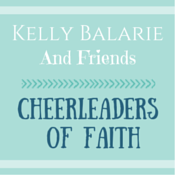 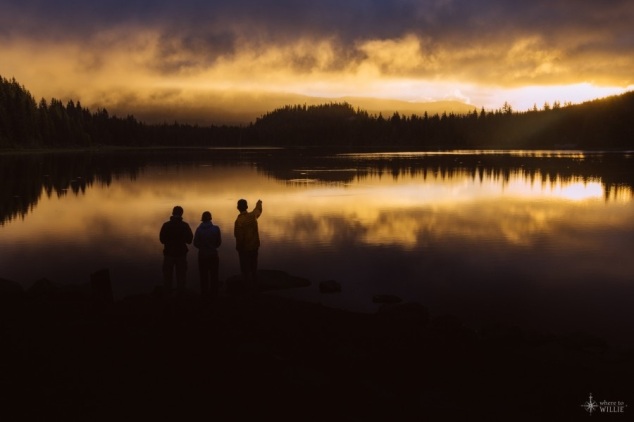 Anna is back in school this week, which means no more sleeping in for anyone. We are up at 6:20 a.m., and because it’s winter and we live in Oregon it’s still dark.

It’s dark when she says goodbye to Julia, who leaves for work at 6:30 each morning.

It’s dark when she gets her mini-breakfast (the small snack she has when she gets up to hold her until her “real breakfast” at school).

It’s dark when she brushes her teeth and gets dressed.

It’s dark when she feeds our two guinea pigs and checks their hay and water.

It’s dark when she packs her lunch (on the days she packs lunch instead of getting it at the cafeteria).

And it’s dark when we walk to the bus stop together, and she gives me a hug and kiss goodbye.

Every morning now, and for the next month or so, we will start our day in the dark.

But the light is coming and that’s what today is about. The light that came into the world at Christmas is the same light that the Magi sought out when they journeyed to Bethlehem. They were only the first of many who would come to that light. Soon, nations would stream to it and a humble birth in a stable that was probably a cave used for quartering animals at night would become the most celebrated holiday in the world.

The light is coming, as sure as the sunrise. And as at the sunrise, the darkness will flee before it.

Something to remember when the darkness gets you down. The light is coming.

Parent-Teacher conferences are coming up this week at Anna’s elementary school. The kids get a couple of days off, but the teachers and staff are still working. Anna wanted to express her appreciation, so for her October Girl Scouts Service Project, Anna made Halloween “Slime Lime” cupcakes for them. Great job, Anna!