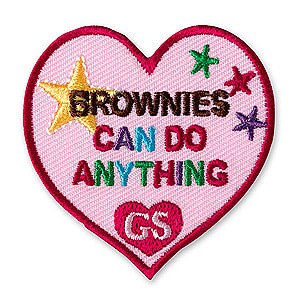 Anna’s Brownie badge progress has slowed up a bit since the start of school. We had to switch troops once again in October, but now we’re settled into an excellent troop with a great leader who also happens to be a very good friend. So it’s time to start ironing and sewing again … 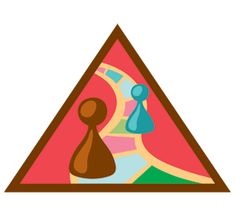 Anna began this badge at a Girl Scout Halloween/Juliette Low Birthday Party last October. She created a party game called Pin the Hat on the Brownie Elf, a mystery touch-box game, and a find-the-differences picture game.

Then at our troop party in December, she taught everyone a variation of Four Corners called “Trefoil.” Instead of separating into four groups, the girls split into three. And instead of the number called being “out,” the other two are. The goal of the girl who’s it (Anna) is to eliminate everyone. The goal of the other girls is to be the last one left.

Finally, at our meeting last night, Anna introduced a brand-new sport she invented called “Cookie Relay.” The nine girls split into three teams and ran a relay. The first girl in each team had to pick out a cookie based on a description, the second girl had to make correct change from a collection of play money, and the third girl had to find an appropriate hello, thank you, or cookie description. The first team to finish (without making a mistake) wins. Everyone enjoyed the game and learned important cookie-selling skills too. 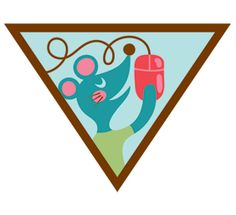 Anna started this one at the beginning of January and is all set to finish it tonight. The first step in this badge is by far the most important—reading and signing an Internet Safety Pledge. After that, she created a picture in a paint app on her iPad, looked up a bird she saw in our backyard and correctly identified it, and researched Brazil to prepare for World Thinking Day next month.

This evening, she’ll write  “thank you” emails for her birthday presents and assemble a five-song playlist to share at her next Brownie meeting. And that will complete her Computer Expert badge.

Finally, there’s our current journey, Brownie Quest. The Brownies in Anna’s troop are working on this set of badges together. Last month, we completed the requirements for the first two keys—Discover and Connect—and last night we brainstormed ideas for a community service project to complete the third key. The plan is to pick a project next week and try to complete it before booth sales start. 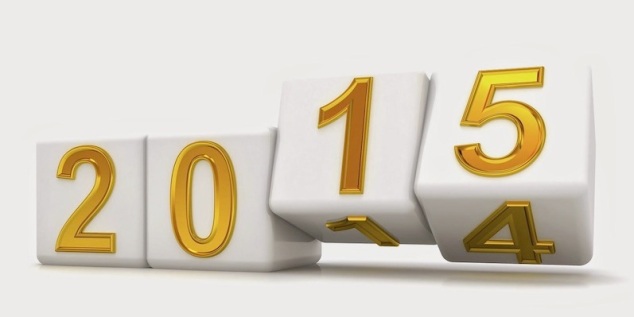 Happy New Year! Here’s the best of the week from around the blogosphere.

Geekiest Post. “Who Would Win and All-Out Battle: Star Wars or Star Trek?” by Rom Lokken at Gizmodo.

Best Theological Post. “Why it Matters That the Bible Was Written by Human Beings” by Pascal-Emmanuel Gobry at Inebriate Me.

Best Question. “Is Depression a Kind of Allergic Reaction?” by Caroline Williams in The Guardian.

Best What If? “The Alternate Histories of Mario Cuomo” by Russell Berman in The Atlantic.

Best Infographic. “‘Let it Go’ with Phonetically Accurate Lyrics” by Andy Herald at How to be a Dad.

Best Reflection. “Hail Mary: You Have More in Common with the Mother of Jesus than You Think” by James Martin at Slate.

Best Story. “The Most Important Cardboard Box Ever?” by Stephen Dowling at BBC News Magazine.

Best Bad Idea. “Nothing Gold Can Stay: In Pursuit of the Best Sports Account on Twitter” by Jon Bois at SBNation.

Best Confession. “I Am Lord Business” by Buzz Bishop at DadCamp.

Best Video. “The Teleporter” by Glove and Boots (via YouTube). 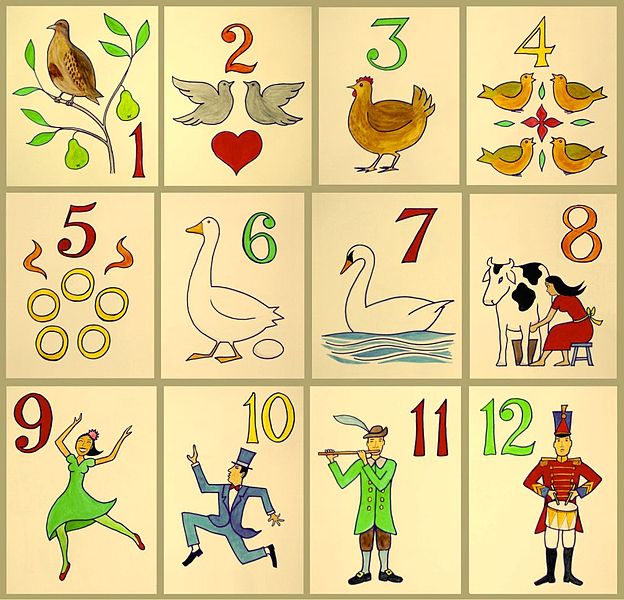 The Twelve Days of Christmas by Xavier Romero-Frias (CC BY-SA 3.0)

And the Twelve Blogs of Christmas (aka the best Christmas posts of the week).

2. “Have a Merry, Messy Christmas” by Kelly Langston at Support for Special Needs.

3. “The Town With Three Christmases” by Yolande Knell at BBC News Magazine.

4. “By His Light” by Ashley Larkin, guest posting at Christine Purifoy’s blog, There is a River.

5. “House of Bread” by Cara Strickland at Little Did She Know.

6. “Things I’ll Be Doing This Christmas Vacation” by Andee Zomerman at Nature of a Servant.

7. “An Unexpected Revolution” by Elizabeth Stoker-Bruenig at Democratic Socialists of America.

8. “Books on Monday: Charlie and the Christmas Kitty” by Leslie Lindsay at Speaking of Apraxia.

9. “A Nation in Dire Need of Christmas” by Christopher J. Hale at Time.

10. “Cool Gifts Christians Can Give Baby Jesus for His Birthday” by John Pavolitz.

11. “Pope Calls for Peace, says: ‘Truly There Are Too Many Tears This Christmas!’” by Gerard O’Connell at America. 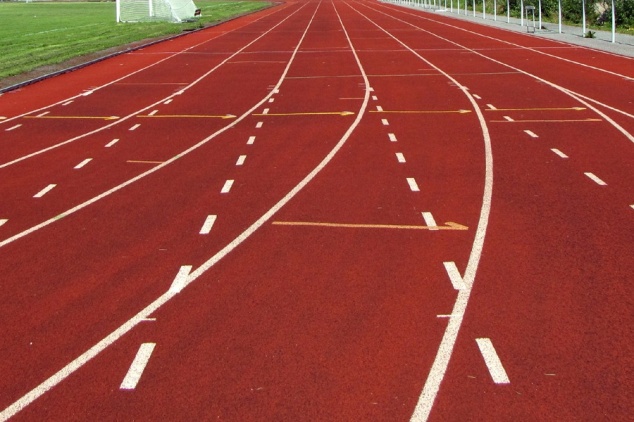 Anna loves to run. From the time she could put one foot in front of another and keep her balance, she’s been trying to go as fast as she can. She’s fast enough now that people are starting to notice.

Her coach at our local after-school fitness program noticed. Anna started winning sprints and steeplechases, and her team won a relay. So we looked into local track clubs and found one holding an open meet last Saturday.

Her coach thinks she’ll be a great hurdler someday, but she’s too young to run hurdles at a track meet. Instead we focused on what seem to be her strengths—running fast and jumping. We signed her up for the 100 and 200 meter races and for the long jump.

The long jump was first. The kids compete in age groups—from youngest to oldest—and Anna was in the “8 and Under” group, so she went first.

She’s never tried a long jump before and has no real technique, so she fouled all three times. It was pretty upsetting. We almost had to leave, but once she calmed down, she decided she wanted to stay and try running.

Then we waited and waited (and waited). They were running behind schedule and a meet we thought would only last the morning looked like it might go all day. Being our first track meet, we had no idea how long it would last. We watched some of the other races and caught glimpses of the field events. Then around 11 am, they called the 100 meter competitors over.

The kids got their lane assignments and lined up in rows. Once again, the races were schedule by age—from youngest to oldest—and alternated between girls and boys. Anna’s race was first.

She was briefly confused by the curved lines on the track, but once she figured out her lane, she was all set.

The starting pistol fired and they were off. I was at the start of the race so I couldn’t see what place she was in, but despite a slow start she seemed to be keeping up with the other kids. I walked down to the finish line where Julia was and asked how she did.

She got a ribbon and was very happy with her finish. For her first track meet ever, it was an excellent result. We are so proud of her.

By this point it was about 11:40 a.m. and there were several more races until the 200 meter sprint. Anna had a Brownie meeting at 1 p.m. so we had to pull her out of the last race and leave.

She was okay with that. She earned her first ribbon. 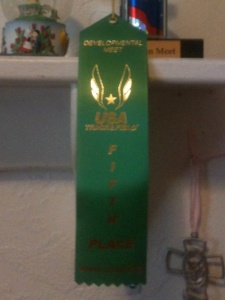 And hung it up as soon as she got home. 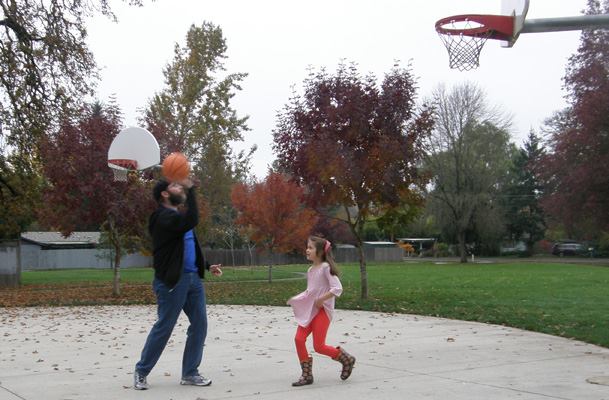