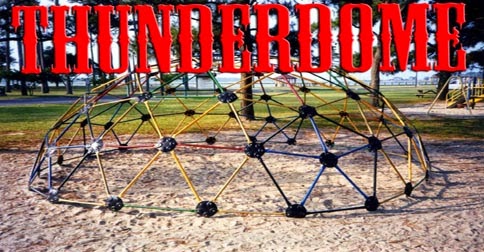 Best Rant. “Stop Taking the Play Out of Playgrounds” by Chris Bernholdt at DadNCharge.

Best Book. “One of the Coolest Books of Maps That Your Kid Will Ever See” by Tom B. at Building a Library.

Best Commentary. “Neoliberalism Has Brought Out the Worst in Us” by Paul Verhaeghe at The Guardian. (NOTE: What Europeans call “neoliberalism”—i.e. extreme economic liberalism—is known as libertarianism in the U.S.)

Best List. “10 Movies That Were More Biblical Than Left Behind” by Benjamin J Corey at Formerly Fundie.

Best Relationship Advice. “The Secret to a Conflict-Free Relationship (Just Kidding, I Don’t Believe in Those)” by Natalie Trust.

Most Disgusting. “Types of Boogers: A Cartoonized Guide” by Andy Herald at How to Be a Dad.

Best Question. “Will D.C. Residents Do What Red Mesa Residents Did and Save Their High School Indian Nickname?” by Anthony Brown at Redskins’ Hog Heaven.

Most Thought Provoking. “Why You Need More Muslim Friends” by John Huckins in Relevant.

Best Video. “She Moved Through the Fair” by Peter Hollens (via YouTube).

His debut album from Sony Masterworks comes out October 27th and is available for pre-order (more details at the end of the video).

Every day is a new beginning.

So is every month.

Clocks cycle, calendars turn, and we mark out time in neat little packages. But time doesn’t come in packages. It’s not a calendar or a clock. It’s a river, constantly flowing forward and carrying us along moment by moment.

The past is set.

The future is unknown.

But the present—the now—is where we begin again.

We fall, and we get back up again.

We fall again, and we get back up again.

And the only thing that sets the saints apart is this …

They get up one more time than they fall.

A reproduction of Michelangelo’s Pieta in the Meditation Chapel.

Each day, I’m posting pictures and stories from our vacation. Today I share a few of Anna’s photos from The National Sanctuary of Our Sorrowful Mother (aka “The Grotto”) in Portland along with some short prayers.

END_OF_DOCUMENT_TOKEN_TO_BE_REPLACED

Kundun (1997) is a haunting, beautiful portrait of the early life of the Dalai Lama and perhaps Martin Scorsese’s most underrated film. In the last scene, the Dalai Lama escapes his palace in Lhasa in the middle of the night, and flees to India pursued by Chinese soldiers under orders to kill him. He falls ill and has to be helped by his attendants as he walks the last few yards to the border checkpoint.

At his post, the Indian guard salutes him and asks him his name. The Dalai Lama replies “a man. A simple monk.” The guard then asks him “Are you the Lord Buddha?” And he replies with the film’s final line.

“I think that I am a reflection, like the moon on water. When you see me, and I try to be a good man, you see yourself.”

Another iconic figure, another one who “(tried) to be a good man,” left us yesterday. Nelson Mandela died at the age of 95. Mandela hadn’t always followed the non-violent path the the Dalai Lama committed his life to. He was a revolutionary and a political prisoner. But when he walked out of prison in 1990, after 27 years, he was able to forgive his captors, unite a country, and reconcile two peoples to one another.

We turn people like Nelson Mandela and the Dalai Lama into figurative saints. We acclaim others like Mother Teresa and Pope John Paul II as actual saints. In the process, we mythologize them beyond all recognition. We forget that they are no different from us, and that we are all called to that same goal. To be a reflection of the Image of God that is in each of us.

“For now we see only a reflection as in a mirror; then we shall see face to face. Now I know in part; then I shall know fully, even as I am fully known.” —1 Cortinthians 13:12.

Our Lady of Mount Carmel (Photo: The Aquero Foundation)

I went to Mass at the Carmel of Maria Regina yesterday for the first time since September. And as I knelt in the chapel under the statue of Our Lady, I thought about a recent controversy in which a popular Protestant pastor, theologian, and writer named John Piper claimed that Christianity has “a masculine feel.” I wondered what the nuns in the cloister kneeling in prayer with me at that very moment—together with Our Lady and numerous female Carmelite saints—would think of Piper’s claim.

The words of Holy Scripture and the witness of innumerable saints are so much bigger than Piper’s “Masculine Christianity.”