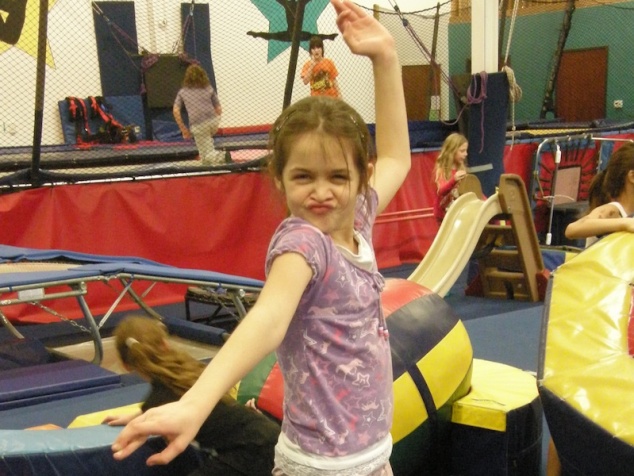 The first one—on Saturday—was for her Girl Scout Troop and we had it at a local pizza parlor with a large indoor play area. It was a budget party, with cake, drinks, and snacks, and it was a lot of fun.

The second one—on Sunday—was for her classmates. We had it at a local gymnastics place. It was not a budget party, but it was worth it to get Anna and her friends the run of the place for an hour and a half.

As one of her friends said: “This is the awesomest party ever!”

The highlight of the party was Anna’s first zip-line ride. All of her friends were as excited to see her fly across the room. I overheard one girl shout “this is going to be epic!” as one of the employees hooked Anna to the harness. Everyone stopped playing to watch.

Anna was fine until she climbed on to the railing. The she got “nervous.”

That was her word. She didn’t want to admit she was scared.

I could see how scared she was. She couldn’t bring herself to let go. The other kids shouted out encouragements. They even chanted her name. It wasn’t enough.

So I went upstairs and reassured her. 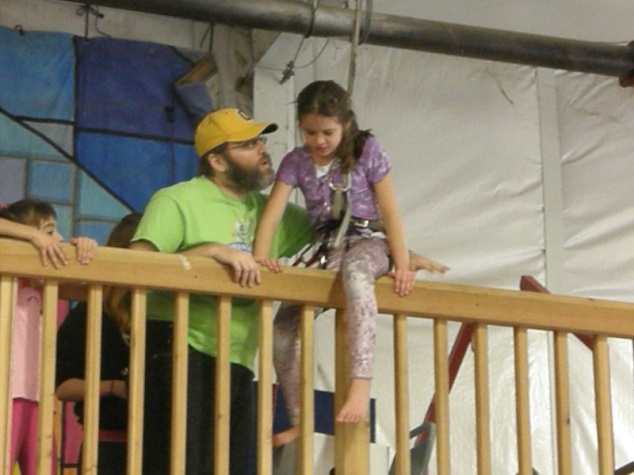 I helped her ease over the railing. She still couldn’t let go. I showed her the harness and the rope and how secure they were, and I told her there was no way her mom and I would ever put her in danger.

I told her she could do it.

She said she was ready.

She let go … and then she flew. 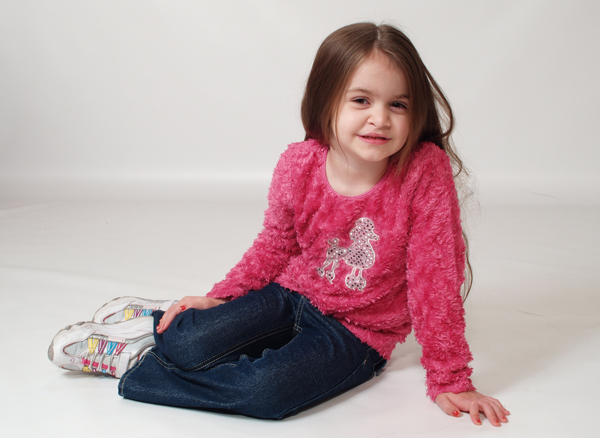 I have a confession: My daughter likes pink, and princesses, and pink princesses. This isn’t something I forced on her, but I don’t discourage her either.

According to Kat Arney of The Guardian, I’m turning her into a passive pink princess:

The increasing separation of toys into “for boys” and “for girls”, strongly coded by colour and reinforced by highly gendered marketing, is depriving girls of active toys and games that encourage the development of their spatial and analytical skills.

Instead, they’re pushed towards being passive princesses, surrounded by fashion dolls, kiddie make-up and miniaturised vacuum cleaners. And at the same time, boys are denied opportunities for more social and imaginative play.

In a society that is fighting hard for equal rights for both sexes, it seems a retrograde step to be increasingly forcing our kids into these pink and blue stereotypes. Isn’t it about time we stemmed the tide of pink?

There are many adjectives I would use to describe Anna: smart, funny, cute, playful, imaginative, energetic, verbose, stubborn, defiant, and independent. Passive? No, she’s not passive.

Sometimes life would be easier if she was, but I’m glad she’s not.

Because as much as she loves princesses, she loves other things too. Like superheroes. We thought she would be a princess for last Halloween, but instead she chose Supergirl. She still has her Supergirl costume in with her dress-up clothes, including several princess dresses, but also a vet coat and a firefighter coat—she loves to wear all of them.

And as much as she loves pink, it’s not her only favorite color. As she will tell anyone listening (or even not listening) “I have three favorite colors: red, orange, and pink.” Red actually came first, perhaps because girls have a slight preference for reddish shades (as mention in the linked article), or perhaps because she was two and was obsessed with Elmo. Pink and orange soon followed, and she has loved all three ever since.

She also reads books and plays with stuffed animals and dolls, and building blocks and balls.

In other words, she is a complex little person with her own likes and dislikes. Nobody’s forcing her into anything.

Who you callin’ passive?