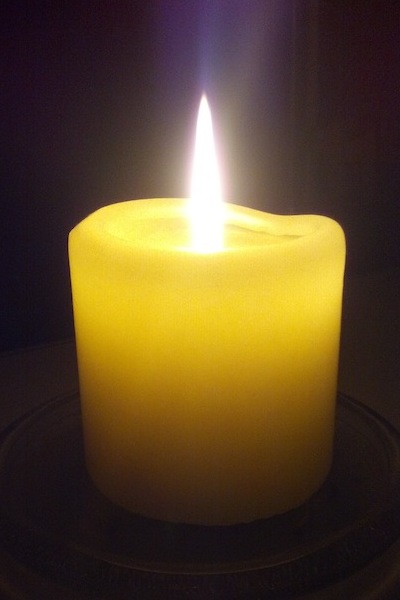 A candle for Cornelia and Chris. Praying for a full and fast recovery.

Before I get to the best of the week, I have a prayer request to pass along. Fellow writer and parent Cornelia Seigneur and her husband Chris were hit by a car Friday evening while taking a walk. A hour before the accident, Cornelia wrote a post about appreciating the people in our lives… ..saying “you just never know when you’ll see people – savor moments with people…” I’ve featured her post here before and I want to start off this week’s blog roundup with her writing …

Most Poignant. “Having a Mary Mindset in a Martha World” by Cornelia Becker Seigneur.

Best Advice. “To Get Nominated for an Oscar, it’s Still Best to be a Mediocre Movie About a White Guy” by Todd VanDerWerff at Vox.

Best Dad Post. “Dad, Am I Pretty?” by John Kinnear at Ask Your Dad.

Best Commentary. “The Limits of Philanthropy” by Fran Quigley at Commonweal.

Most Creative Prediction. “Who Will Win the Oregon-Ohio State Championship Game? Let’s Ask ‘The Oregon Trail’” by Matt Brown at Land-Grant Holy Land.

Best Response. “I’m Tired of Hearing That Everything Crappy is Feminized” by Simcha Fisher at I Have to Sit Down.

Best Interview. “Looking Past the Pain of Alzheimer’s to Find the Unexpected Poetry of the Aging Brain;” John Allemang interviews Cathie Borrie, author of The Long Hello, at The Toronto Globe and Mail.

Most Thought-Provoking. “The Feminist Case Against Abortion” by Serrin M. Foster at America.

Best Satire. “Dirty Slush Machine Provides Children In Florida Taste Of Winter” by the staff at The Onion.

Most Moving. “The Parents” by Rachel Held Evans.

Best Reflection. “On Going to (an Episcopal) Church” by Jonathan Martin at Medium.

Best Farewell. “Breaking Madden: The Quest for 18,356 Rushing Yards in One Game” by Jon Bois at SB Nation.

And BEEFTANK wept, for he had no more worlds to conquer. But then he smiled, for he always had more milks.

Tonight, we’ll resume our yearly Advent tradition and light the first candle on our family Advent Wreath. Anna has asked to help lead the prayers this year, and I think she’s ready.

I will begin as always by saying my favorite Advent candle-lighting prayer, which is also the Collect for the First Sunday of Advent in the Episcopal Church (my former church) …

Almighty God, give us grace to cast away the works of darkness, and put on the armor of light, now in the time of this mortal life in which your Son Jesus Christ came to visit us in great humility; that in the last day, when he shall come again in his glorious majesty to judge both the living and the dead, we may rise to the life immortal; through him who lives and reigns with you and the Holy Spirit, one God, now and for ever. Amen.

Then we’ll light the first candle, and she’ll read the prayer for the First Sunday of Advent …

All-powerful God, increase our strength of will for doing good that Christ may find an eager welcome at his coming and call us to his side in the Kingdom of Heaven, where he lives and reigns with you and the Holy Spirit one God forever and ever. Amen.

Some of you may recognize this as the old translation of the Collect for the First Sunday of Advent, that was superseded by an updated translation in 2011. While the new version is more accurate, and at times more eloquent, this is the one from my copy of A Prayer Book of Catholic Devotions that we’ve used since Anna was a baby. It will also be easier for her to read.

Then we’ll read the Gospel for this Sunday, and say the Lord’s Prayer and the Hail Mary to conclude our prayers. 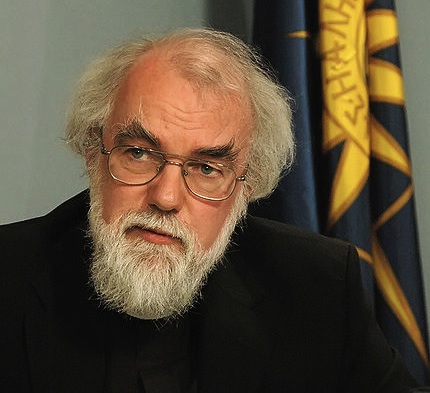 Today, Dr. Rowan Williams announced that he is retiring as Archbishop of Canterbury, spiritual leader of the Church of England and “First among Equals” of the prelates of the 80 million member Anglican Communion.

I was once a member of the Anglican Communion. I was baptized in what was then called the Protestant Episcopal Church of the USA (since renamed The Episcopal Church), the U.S. part of Anglicanism that broke away from the Church of England after the Revolutionary War, but remained in communion with it. I returned to active participation in the Episcopal Church as an adult, but then left in 2010 to join the Catholic Church, which I did at Easter 2011.

I left the Episcopal Church while Rowan Williams was Archbishop of Canterbury, but I don’t blame the Archbishop (or anyone else really).  I had to leave for me: not for any of the controversies that threatened to tear the Communion apart or that sent traditionalist Anglicans off to either the Roman Catholic Ordinariate or to a schismatic “continuing Anglican” denomination, but to be authentic to my own developing beliefs of the true nature of Christ’s Church.

I explained my reasons last May, shortly after I joined the Catholic Church, and—to lighten the mood—I started off with a joke:

There was once a guy who was stranded on a deserted island. After many years, a passing ship found him. As he showed the crew around the island, they were amazed at the many structures he had built for himself:

“So what is that building?”

“And that one over there?”

“My shower and my outhouse.”

“And the oval area over there?”

“A track that I run around daily.”

“And the big building with the steeple?”

The crew looked puzzled. “If that’s your church, then what’s the bigger building with the even taller steeple?”

“That’s the church I used to belong to.”

The point of the piece is that the only place I found the Four Marks of the Church— One, Holy, Catholic, and Apostolic—was in the Catholic Church, which for all its faults it is the only communion in the western stream of Christianity that takes Christ’s command to “love one another as I have love you” seriously enough to have maintained visible unity since the time of the apostles.

What saddens me today is this: among Anglican bishops few take the command to “love one another” more seriously than Dr. Williams does. He has spent the last ten years trying in every way possible to hold the Anglican Communion together, to not contribute to the long and sorry history of schism. He still believes, as I once did, that the Anglican Communion is a branch of the One, Holy, Catholic, and Apostolic Church, and he has made it his mission to keep it one.

I am sorry that I left while he was Archbishop. It was nothing personal. I wish him and his family all the blessings that God would see fit to shower upon him. He is a true Christian in a profession that often seems more concerned with politics and power than with Christ.