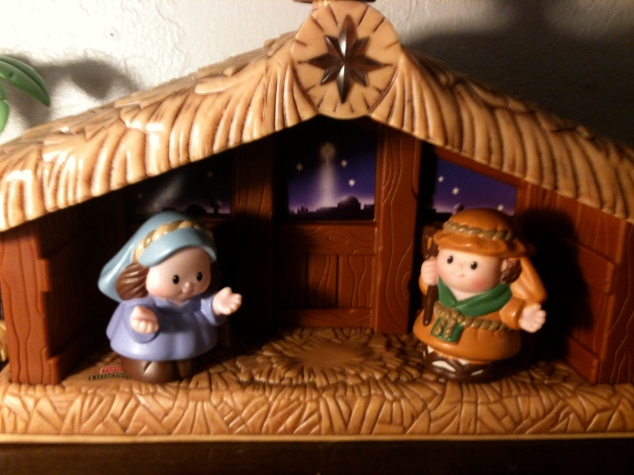 The “empty crèche” is one of the Advent traditions we’ve adopted as a family. Here are some others that we practice, and and several more via Addie Zierman’s When You Need a Little Christmas Community Project. 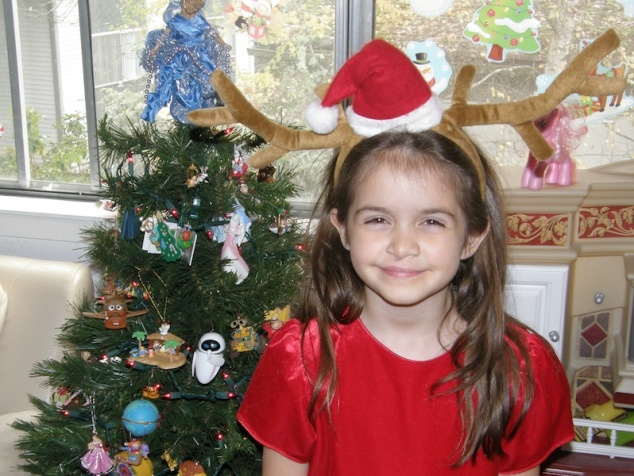 The First Sunday of Advent in our house doubles as “Decorating Day.” This is a compromise between the prevailing culture and my own tendency to procrastinate.

You see, I’d like to attribute my reluctance to put up decorations early to my insistence to celebrate Christmas at Christmas and not four to six weeks earlier. I’d like to say it was a long-standing tradition in my family to respect the liturgical calendar and let Advent be Advent.

I’d like to say that, but I’d be lying. My upbringing was marginal Episcopalian (emphasis on marginal) and the decorations usually went up the Sunday before Christmas because my mom was as great a procrastinator as I am: and my dad didn’t care either way.

The decorations did stay up through the Twelve Days of Christmas. As lackadaisical as my mom was about getting the decorations up, she was equally insistent that they came down by Twelfth Night (January 5th). Leaving them up on Epiphany was unlucky.

Leaving the tree standing wasn’t unlucky, as long as the ornaments were down, so the tree was often up until March.

I continued this tradition when I moved out on my own. I had a little tree that I set on my end table and some ornaments and decorations from my childhood, and on the Sunday before Christmas (at the earliest) I would put them out. Once I started going to church regularly I claimed I was following the Liturgical calendar and resisting the encroaching commercialization of the season. My church decorated on Sunday afternoon—after the last Advent Eucharist—and so did I.

But really, I was just procrastinating as always.

Once Julia and I were married, we needed to find a compromise. She, like most organized people, put up her decorations the weekend after Thanksgiving. I, like most procrastinators, put mine up at the last minute (yes sometimes even as late as the 24th). Our original compromise: the Third Sunday of Advent—Gaudete Sunday—in keeping with the theme of the day: Rejoice!

We did this for a few years, but then I began to wonder: were we waiting too long? After all, Advent and Christmas are a set. Liturgically, they form what’s called the Nativity Cycle—Advent, Christmas, and Epiphany—one of the two major liturgical cycles of the year. The Paschal Cycle—Lent, Easter, and Pentecost—is the other. Each is a coherent whole, breaking into usual counting of weeks that the church calls Ordinary Time, each both should be observed as a whole: preparation followed by celebration. And decorating for Christmas is a way of preparing for Christmas.

So now we decorate at the beginning of Advent: The First Sunday of Advent to be exact: our Decorating Day.

The only caveat: Baby Jesus doesn’t arrive in the nativity until Christmas Day.

And the countdown to Christmas continues. Today’s selection is in honor of the Feast of St. Francis Xavier, and a reminder to prepare our homes and our hearts for Jesus’ arrival:

Advent calendar graphics by Oh My Gluestick. They are intended for personal use only and may not be used commercially.