So much Sanchez, so little time (Image: Jon Bois/SB Nation).

Best Mom Post. “Having a Bad Day Doesn’t Make You a Bad Mother” by Lisa-Jo Baker at Surprised by Motherhood.

Best Dad Post. “Running With My Kids” by Whit Honea at The Honea Express.

Best Parenting Advice. “Mom and Dad, You Suck at Parenting (and Here’s Why That’s Just Fine)” by Jon Pavlovitz.

Best Reminder. “Being a Christian Doesn’t Always Look Like You Think it Should” by Preston Sprinkle at Relevant.

Best Movie Review. “An Obnoxious Review of ‘Interstellar,’ by the 3 Jerks in the Row Behind Me” by Adam Hall at Tenor Dad.

Best Special Needs Post. “She Stands Tall: Not Trying to Fix the Child I Adopted” by Gillian Marchenko at Not Alone.

Best Commentary. “An NFL Locker Room is Not a Hive” by Stephen White at SB Nation.

The Boyhood of Raleigh by Sir John Everett Millais, oil on canvas, 1870.

Everyone is filled with stories because everyone is a collection of stories. Most people won’t become writers, but among family and friends these stories will live on long after those who have told them are gone.

Writers or not, we all have stories.

My Mom told a lot of stories. She grew up poor in South London during the depression, lived through the blitz, got bombed out of her family’s flat, and joined the British Army the day before Hitler shot himself. All by the age of eighteen. She had many more adventures in a life that took her from Malta to San Diego after she met and married my Dad. And she always wanted to write them down, but she never did.

This is one of my greatest regrets. I should have encouraged her more while she was here and while she still had her memories. She’s gone now, and while I remember a lot of her stories, I’ll never get to hear them again and or give them directly to Anna. No typewritten pages, no recordings. Just my memory and my Dad’s.

I still plan to write them down as best as I can someday. I want Anna to know what it was like for her Grandma Dolly to live through a war. It will be a novel, since I’ll have to fill in too many details to make it non-fiction. It will be something to give to her, but it could have been more.

My Dad has a lot of stories too. We’ve been recording these—turning on the video camera as he’s talking and getting them on tape. One I always remembered, and liked enough to include in A Smile for Anna, was this one which I told in his words.

END_OF_DOCUMENT_TOKEN_TO_BE_REPLACED 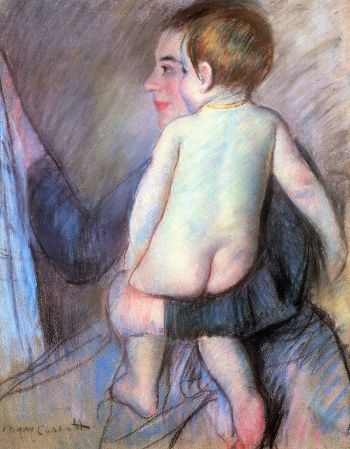 When you’re a little kid, nakedness is innocence.

My dad made a home movie of the first year of my life. Me as a little baby, smiling crawling, rolling around in my stroller, learning to walk, and playing with our dog. This was different time. He shot it on 8mm film, complete with title boards, and spliced it together with a home-editing kit—like something out of the dark ages.

The storyline was simple enough. David’s first year, from new baby to first birthday. But the most embarrassing part for me growing up was the coda, titled “Bare Facts.”

It was one minute of one-year-old me toddling around the living room naked.

For years, my mom threatened to show that video to any girlfriends I brought home, and I threatened to never bring over any girl I was dating, or even considering dating, until she dropped her threat.  I was a teenager, and I was embarrassed as all teenagers are by just about anything, no matter how harmless, no matter how innocent.

After many years, during which the old 8 mm reel was transferred first to VHS and then to DVD, my mom finally got to make good on her threat; I brought Julia home to San Diego for the first time, almost twelve years ago, and they played the whole movie, including “The Bare Facts” for her.

By then I was nonchalant. “It’s not like it’s anything she hasn’t seen.”

“I only meant that Julia has babysat lots of her nieces and nephews, since they were that little, and she’s seen her share of naked babies.”

Okay, that wasn’t what I really meant, but I gave myself an out, and a gave my mom an opportunity to hold on to the innocence as had as a baby, the innocence that I had long outgrown.

And now Julia and I have our own child, who still runs around the house naked from time to time, but not as much as she used to. Anna just turned seven, and she’s starting to understand privacy. She usually shuts the bedroom door when she gets dressed, and she usually doesn’t open our bedroom door when we’re getting dressed. She still forgets sometimes, but she’s getting better about it.

She’s learning that her nakedness is her own, and it’s private. It’s just the first step, but she’s slowly losing her bare innocence.