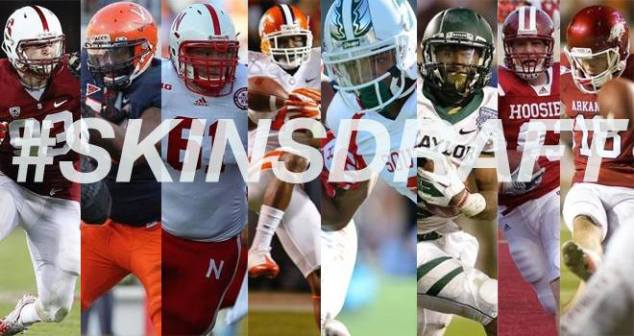 The 2014 NFL Draft is in the books. This year, in preparation, I followed several mock draft sites and did a bunch of my own via Fanspeak’s excellent On the Clock draft simulator site. Until about the beginning of April. That’s when I burned out and stopped paying attention. A month later, the draft finally happened for real, and outside of the first round or so it was completely different from all the mocks—my own included. Here’s how it went down for my favorite team, The Washington Redskins.

The Redskins completed their payment plan on the Robert Griffin III trade—with exorbitant interest thanks to last season’s 3-13 record. The good news? They didn’t try to trade up.

First of all, I love the trade. Swapping a high-second for a mid-second should net a team a fourth round pick. Squeezing a mid-third out of a hated rival is delicious gravy. 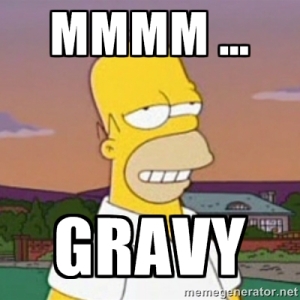 On to the picks. Had I been in their place and stuck with 34 and 66, I would have drafted OT Joel Bitnio (Nevada) who was picked at 35 by Cleveland, and C Marcus Martin (USC), picked at 70 by San Francisco. By trading down, the Redskins still picked up two linemen (one of whom also projects as a center) and a OLB/DE as a bonus.

I’ll be honest. I didn’t understand all the chatter about the team wanting a pass rusher, and I don’t understand the pick either. But I’ll take it for what it’s worth, knowing that the Redskins’ front office has different priorities. In that same spot—if I wanted to go defense—I might have taken DT Timmy Jernigan (FSU), who the Ravens grabbed with the next pick. Or maybe NT Louis Nix (Notre Dame), who ended up falling all the way to Houston’s second third round pick (#83). I might have considered Nix a steal at 47, but he really would have been a reach. And that’s the point—media draft grades mean nothing. Only the teams’ boards count and we never get to see them. 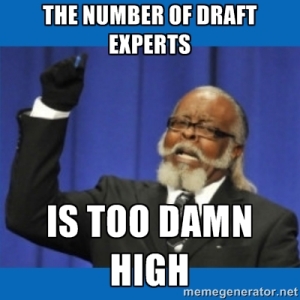 Keeping that in mind, when it comes to Moses vs. Bitonio or Long vs. Martin, I have to remember that I’m not a professional scout. What I know is at best second if not third hand information. All in all, two big offensive linemen, plus the 2013 NCAA sack leader on Day Two isn’t a bad haul.

This is where you draft depth and special teams. You can argue the specific picks but the Redskins certainly had those goals in mind.

I knew they would take a defensive back at some point and that the cornerback class seemed deeper than the safeties (the first-round run on safeties backed up that perception). In Breeland, they get a cornerback with experience playing safety and special teams. Seems like an ideal 5th corner/5th safety hybrid for the final 53.

I also knew they would take a wide receiver on Day Three. Yes, they are loaded at the top of the depth chart with Pierre Garcon, DeSean Jackson, and Andre Roberts, but spots four through six are wide open. I expected Jay Gruden to want a taller receiver (Grant is 6′ tall, the same height as Garcon) but his best feature is sure hands. Given some of the receivers on the roster, the Redskins can use as many sets of reliable hands as they can get. Plus, I trust Gruden on wideouts and expect him to keep the developmental pipeline running each offseason.

This is not “Lake Seastrunk” (but that’s how his name is pronounced).

I did not expect a running back, but Seastrunk at 186 was probably too good to pass up. He’s scary quick, but doesn’t have much experience as a pass-catching back. If he can get coached up, he could be a real weapon. Until then, a home-run threat to spell Alfred Morris is a good thing.

I’ve never head of Ted Bolser, but I’m a bit surprised the Redskins took a tight end late. Supposedly, he’s an animal on special teams. Gruden says “he runs down on kickoff like a war daddy.” A pick like that in the seventh is fine by me. Worse case scenario? He goes to the practice squad to work on his blocking for a year. 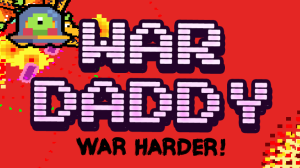 And the kicker. I would have preferred a punter, but the punter I wanted—Pat O’Donnell (Miami)—was taken by Chicago at 191. Whether or not the Redskins were eying O’Donnell, Hocker might be a good fall-back. He’s got a good FG percentage, booms kickoffs, and he punted seven times his last year at Arkansas. He could push Kai Forbath (great FGs, lousy kickoffs) or beat out the two punters on the roster. I hope they let him try both. I’d even take him as a kickoff specialist. Might be worth an extra roster spot to keep opponents from starting most of their drives in Redskins’ territory.

So Day Three looks decent in retrospect. A little offense-heavy, but I’m not sure what defensive players I’d have taken at those spots.

And when I look at the draft as a whole compared to the hundreds and hundreds (and hundreds) of mocks posted over the last five months, not many players outside the first round matched up. Lots of teams “reached” and lots of teams got “steals,” but only in comparison to a bunch of meaningless “fantasy” drafts.

But now that the draft is over, the fantasy drafters can do it all over again in September when they redraft some of the same players on their own fantasy football teams. And they can dream about being GMs and tell themselves that they know better than anyone.

I’ll stick with reality and see how the real football season plays out.