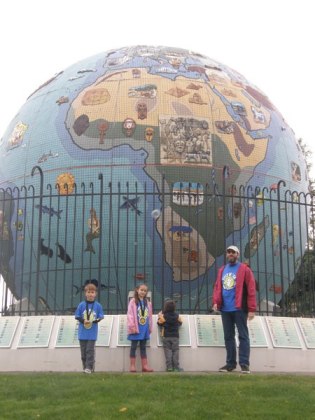 On October 12, we will participate in our third annual Walk for Children with Apraxia of Speech. For the last two weeks, and continuing today and next Tuesday, I am sharing information about this common childhood motor-speech delay along with personal stories of our experiences coping with Anna’s apraxia of speech. Today I post an open letter, similar to the one I posted last year at the Apraxia-KIDS blog. That letter was to one generous individual donor who chose to remain anonymous. This one is to anyone thinking about donating.

To anyone considering a donation to an Apraxia Walk:

You may not think that one person can make a difference, but you can. Your contribution, however small, will be a big help to families like ours. Let me take a moment to tell you a little bit about one of the many kids you will be supporting.

Anna is an amazing girl. I know I’m biased since I’m her dad, but she really is. She is seven-and-a-half and she just started second grade. She loves to read, to swim, and to perform for anyone who’ll watch, or when she’s alone in front of a mirror. She wants to be an actress and I think she’ll be a good one. We’re looking into classes for next spring, after she turns eight.

But to act she has to be understood and that’s a challenge for her. 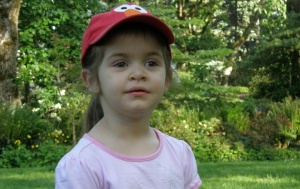 At two-and-a-half years old she was diagnosed with Childhood Apraxia of Speech. CAS is a motor-speech disorder where her brain knows what to say but the mouth can’t keep up. It’s a spectrum disorder—some kids don’t talk at all while others talk non-stop but can’t be understood. Anna was in the latter category. She still is, but thanks to almost four years of intensive speech therapy, we now understand her most of the time. She’s not done yet, but she’s come a long way.

Speech therapy has made a huge difference in her life and we are grateful to all the speech language pathologists (SLPs) she has worked with over the last few years. SLPs undergo intensive training in order to work with children with CAS, and CASANA helps fund some of that training. They also fund research, scholarships, iPad app development, and outreach to over 350,000 people each year through Apraxa-KIDS.com, the Apraxia-KIDS blog, and social media sites like Facebook and Twitter. None of this would be possible without donations like yours.

Every year, kids with Apraxia and their families participate in walks across the country to raise money and awareness. Two years ago, we participated in the first annual Oregon Walk for Children with Apraxia of Speech. It was a small but dedicated collection of families, and we have grown in number each year.

Anna has pitched in too. Last year, she saved change from household chores in a special Apraxia piggy bank, set up a lemonade stand during a church garage sale, and contributed half of the money she made selling her pre-school aged toys in the same sale. She raised $50, which we matched to bring her total contribution to $100.

She skipped the lemonade stand this year, but she’s been saving chore money since the last walk ended and once again—before anyone else on our team—she has reached her personal goal of $100. We are so proud of her.

It’s been said by many people that the greatest testimony to a person’s character is what he or she does when no one is looking. Any contribution, however big or small it may seem to you, will make a difference in the lives of kids like Anna. Those kids will never know you, but they and their families will be grateful for your help.

David, Julia, and Anna Ozab, on behalf of all apraxia families.

3 thoughts on “Tell Me About Apraxia, Part Three”