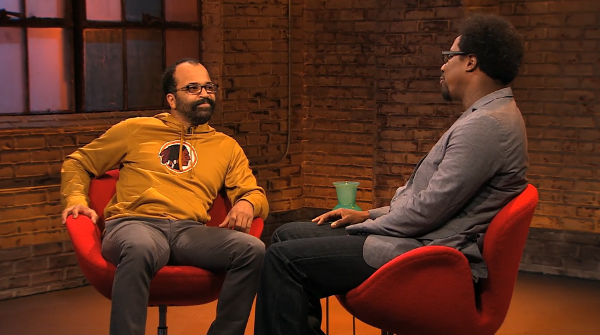 A lot of great stuff to sort through this week resulting in an extra-long list of links. Enjoy!

(Wright) pointed out the several majority-Native American high schools that continue to call their teams “Redskins,” and finally made a proposal.

“They don’t want this to disappear, either,” he said. “If the Redskins, RGIII, in the offseason, spent some time to go down and work with some of those young brothers, maybe help them out with some educational opportunities and things like that — if they made a connection in that way — I think it could dismiss the entire argument. Because in that way, there would be a sense of ownership, or at least a sense of connection to the team. And I think it could be very effective, and a good story for everyone.”

Best Response to Banned Books Week. “Please Ban My Books as Loudly and Obnoxiously as You Can” by Chuck Wendig at Terrible Minds.

I have come to the decision — since it is banned books week, after all — that my books are vile, wretched specimens of American pop culture. They prominently feature:

CHILDREN ARE READING MY BOOKS.

Won’t someone please think of the children?

I am a blessed woman.

And yet, when people ask me how I’m doing, I often respond with, “I’m tired. I’m in Survival Mode, but I’m okay.”

We too have spent the spring and summer in survival mode. It’s necessary sometimes, but it’s no way to live long term.

Best Lesson. “Families First – Things I Have Learned Over the last Few Months” by Dennis A. Daniel at MAN UP! A Practical Guide to Being a Dad.

Over the last few months I have had the pleasure of being exposed to a group of men, who I never would have met were it not for (my) book.  This group is about as diverse as they come.  They are diverse politically, racially, economically and religiously.  They are from different countries and continents.  They are married, divorced, gay and straight.  They are young with new families, and older with grown families.

The thing that these men have in common is that they are all passionate about being great Dads.

We all love our children and want what’s best for them. That similarity is far greater than any of our differences.

Must Read. “I’m Coming Out… as Pro-Vaccine” by JJ Keith at The Huffington Post.

I have two reasons for rethinking my silence: Jack and Clio … Their (leukemia) prevents them from receiving live vaccines such as the MMR (measles, mumps and rubella) shot … The idea that they could be exposed to a vaccine-preventable disease while they are enduring treatment is troubling.

You might be thinking, “No worries, because those kids are protected by herd immunity.” Well, so many parents are foregoing vaccines now … (that) there are pockets where the vaccine rates are dipping below 50 percent. For herd immunity to be effective, vaccination rates need to be at least in the ballpark of 80 percent.

Get your kids vaccinated. The benefits—to them and to other children—far outweigh the risks.

Best Defense of Introverts. “In the Whirled: Socializing our kids to death” by Tiffany Gee Lewis in The Deseret News. Like me, Anna seems to be an “outgoing introvert.” As much as she can be a social butterfly, there are times when she retreats to her room and lets her imagination run wild. She needs that space.

Best Photoblog. “What The Monopoly Properties Look Like In Real Life” by Nick Carr (aka Scout) at Scouting New York. 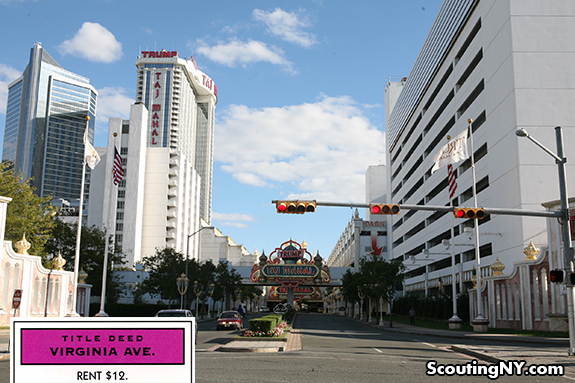 Every property as it looks today. I really enjoyed seeing them all.

Best Book Excerpt. “Someone just stabbed that man” by Cheryl Strayed at Salon.com.

“Someone just stabbed that man,” I said loudly to the waiter, who emerged from the café doors moments after the attack …

“I wouldn’t worry about it,” he said to me now, languidly reﬁlling my coffee cup from the pot he carried.

“I need them because I don’t have them.”